I have a tablet Samsung Tab Pro 10.1 Wi-Fi (SM-T520) from 2014 whose lastest official Android version from manufacturer was 4.4.2 (KitKat); this version traces back to 2013. It is a shame that Samsung never released an Android version update for this device.

Some current apps could no longer be installed on this tablet because Android version was too old. This is why I decided to replace Android OS with Android-based LineageOS to get a brand new feeling on the tablet.

The LineageOS version I installed was 14.1, that corresponds to Android 7.1.2 (Nougat).

This post sums up all steps that need to be done (mostly taken from official LineageOS instructions) plus some additional comments based on my experience, not included in the original documentation. Device works fine without rooting it.

1. Configure adb on your host computer

My host computer was a macOS X and preferred to use brew command rather that extracting a field into my computer, as explained in official documentation.

If you run macOS X, you can check this post about how to install it.

2. Configure heimdall on your host computer

Download heimdall suite and install it in your computer:

You can use any of these links instead:

I used the first link.

I had an issue with TWRP: if I used for longer than 3 minutes, tablet was shut down unexpectedly, I think that because of overheating. I just tried the first link, maybe it does not happen with second link. Please comment if you test it yourself.

LineageOS has stopped supporting its OS on this device; it means that there are no longer pre-built OS ROMs available on the web to flash it directly to the tablet.

Nevertheless, LineageOS includes instructions to allow users to build their own ROM.

Team Exynos5420 maintains in its server unofficial ROMs of LineageOS14 for n2awifi / Samsung Tab Pro 10.1 Wi-Fi ready to be downloaded.

They offer two variants of the same build, as it is explained in this thread:

You can download unofficial Exynos5420’s ROMs of LineageOS 14.1 for n2awifi from these links:

Note: using unofficial ROMs from third-parties implies assuming security risks. Use them at your own risk.

I used the already built deathly version of Exynos5420’s ROM instead of building my own version, and it worked fine.

Confirm by clicking on ‘Volume up’ button. 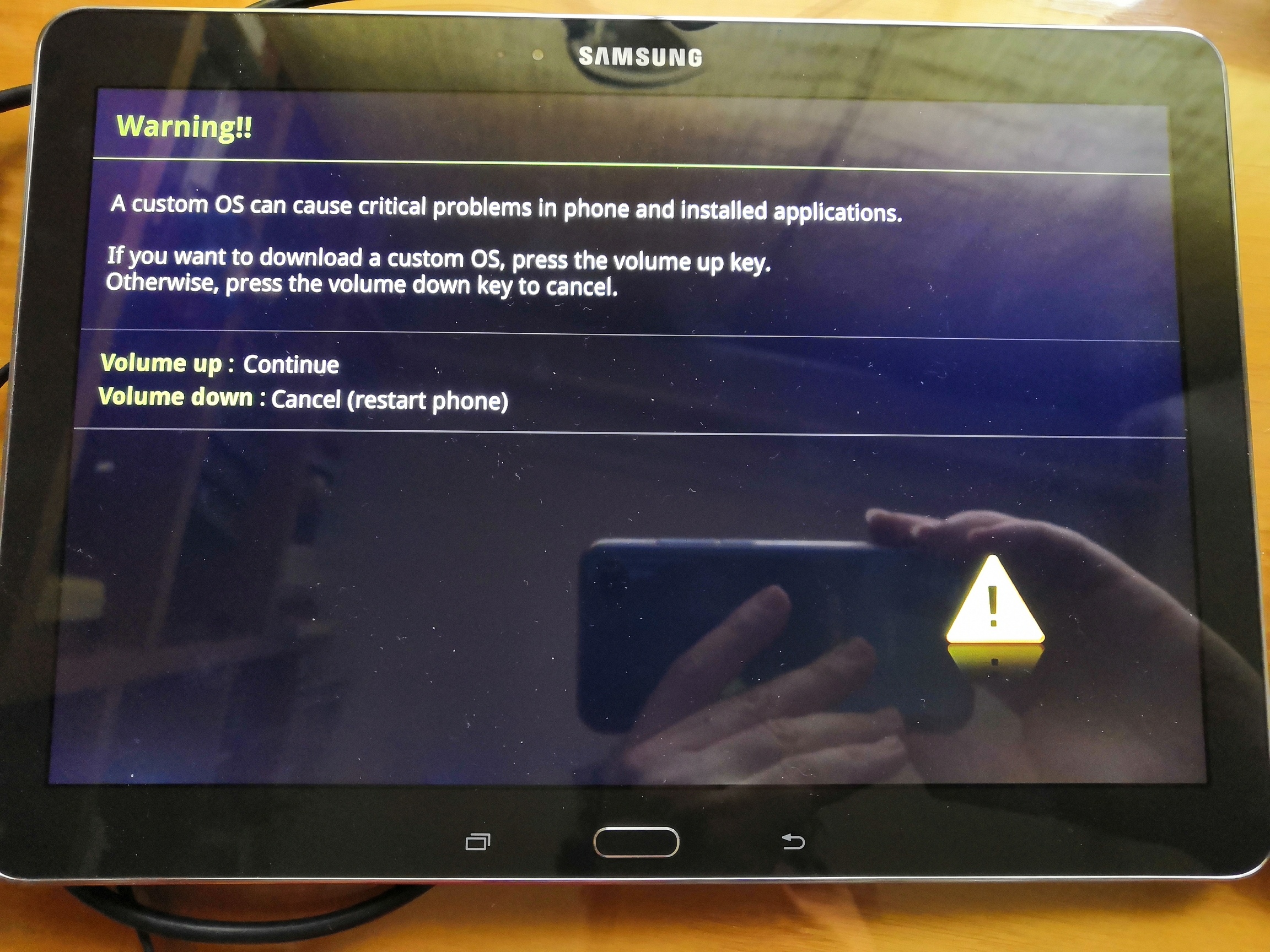 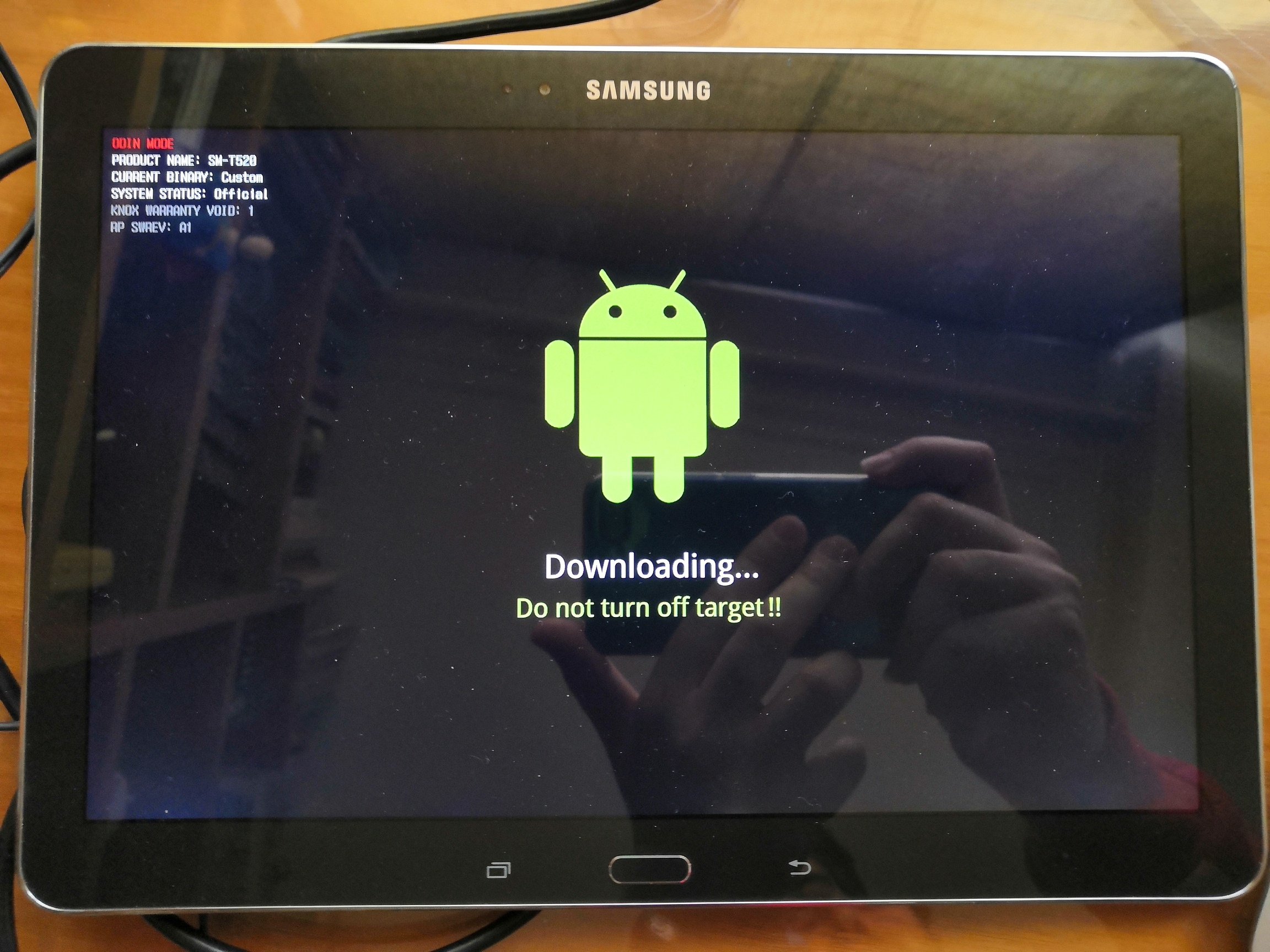 When finished, progress bar will be full in blue. 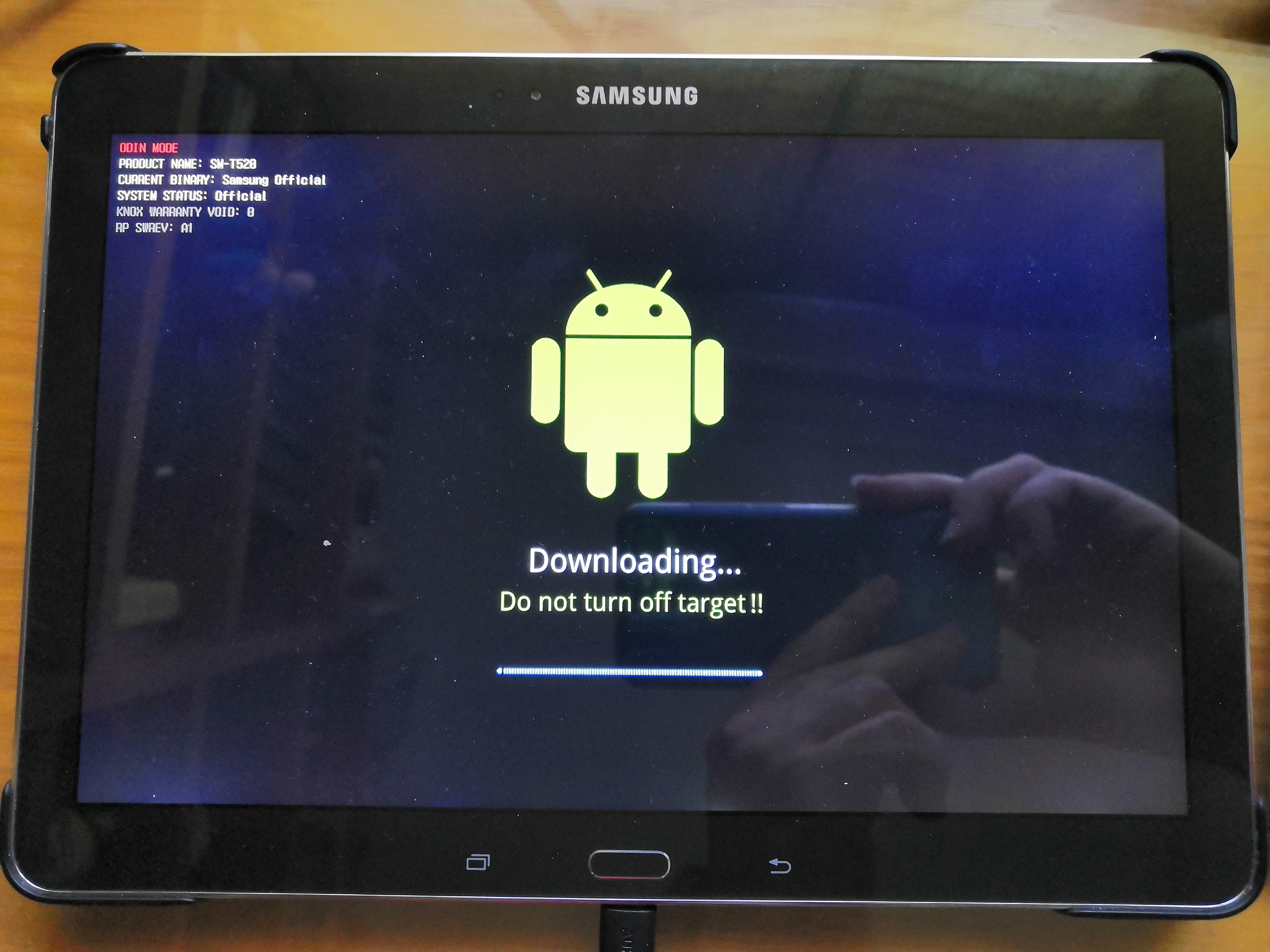 Boot device in Recovery Mode, and wait until TWRP is loaded.

Note: I had an issue with TWRP: if I used for longer than 3 minutes, tablet was shut down unexpectedly. I think that because of overheating. 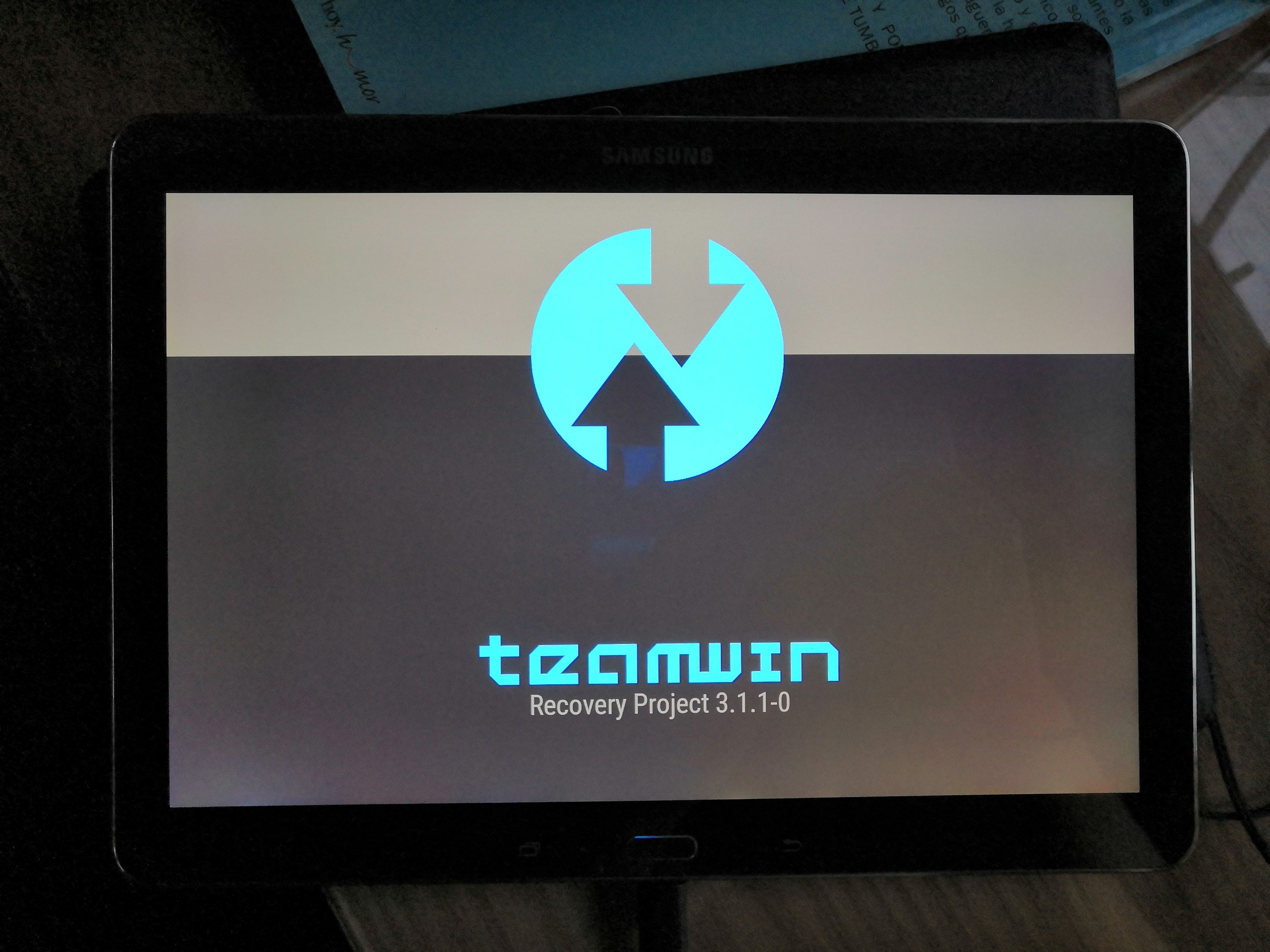 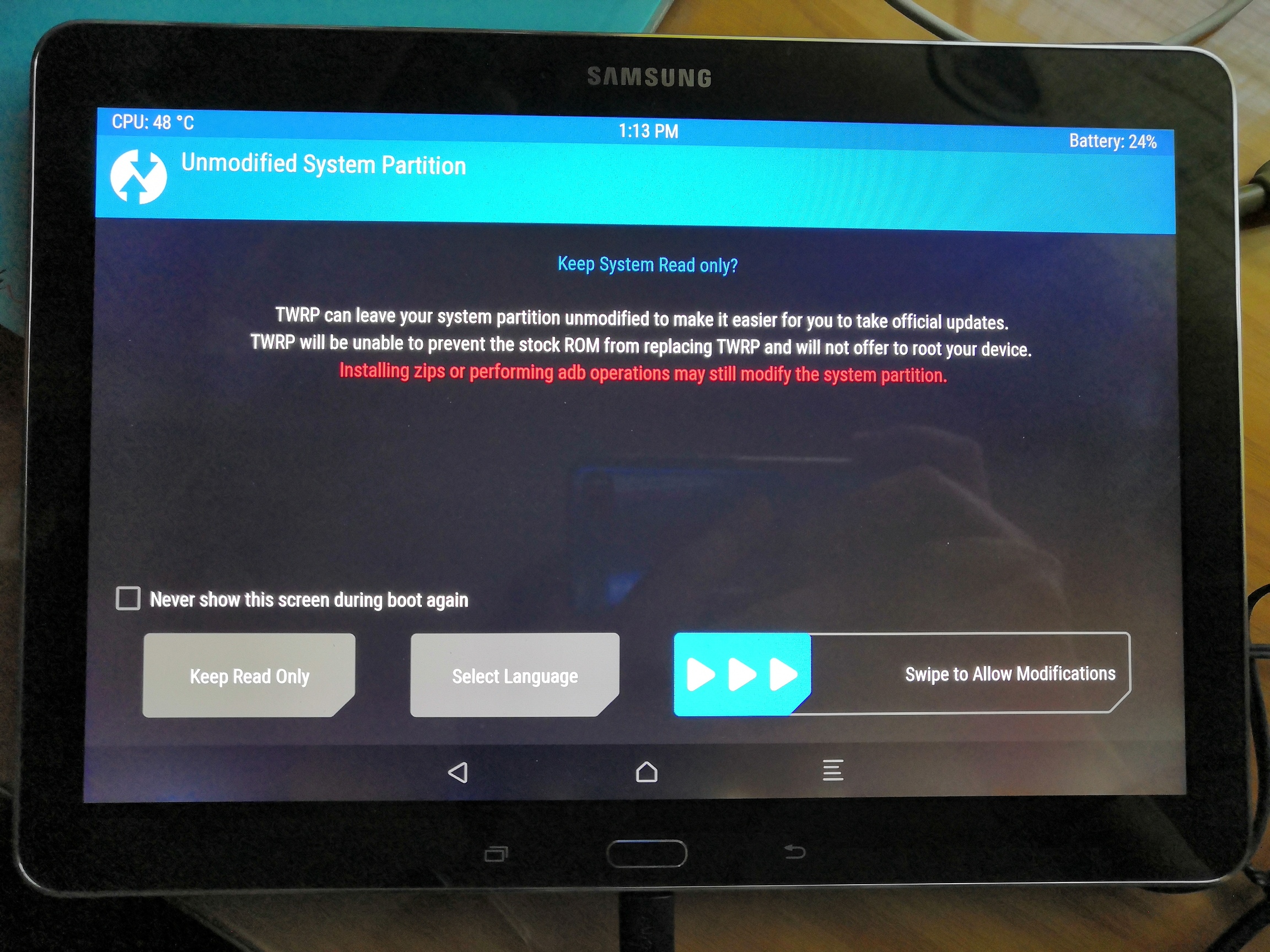 Click on ‘Wipe’ and confirm. Wait until it is finished. 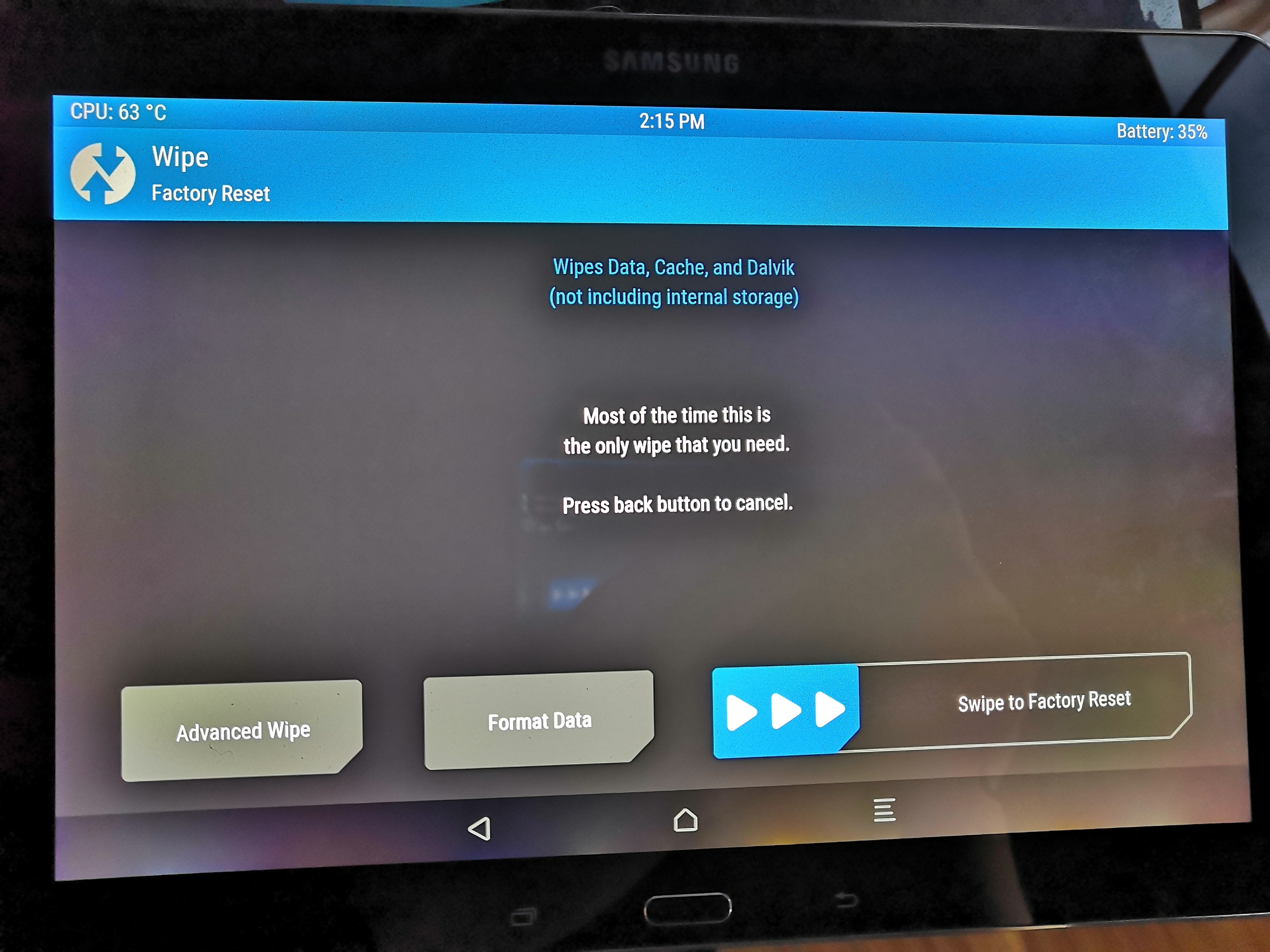 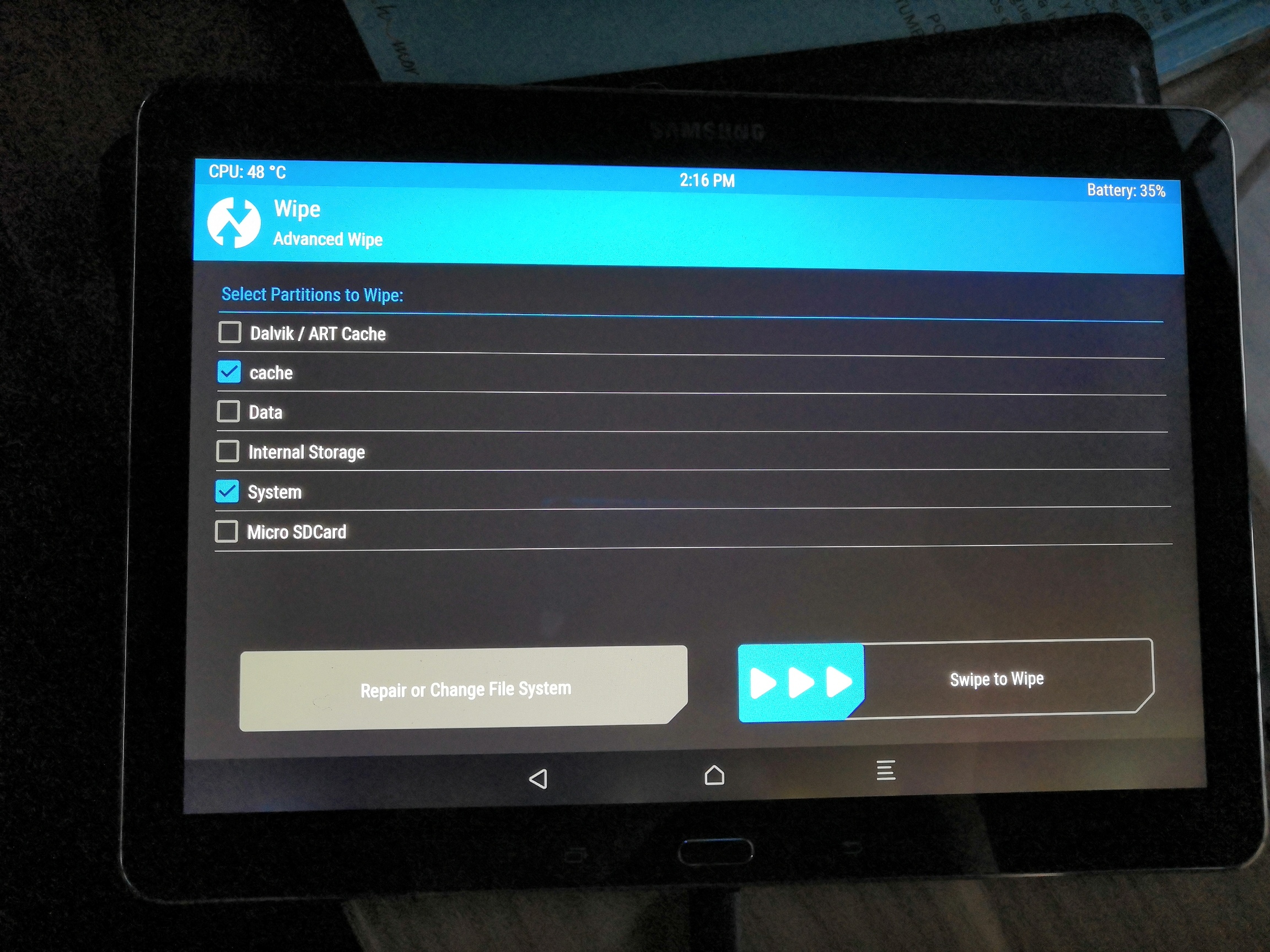 9. Slideload LineageOS on your device

Go back to main menu. Then click on slideload LineageOS on your device. Move ‘Slideload’ slider.

Type this command from the terminal of host computer:

Wait until process is finished: 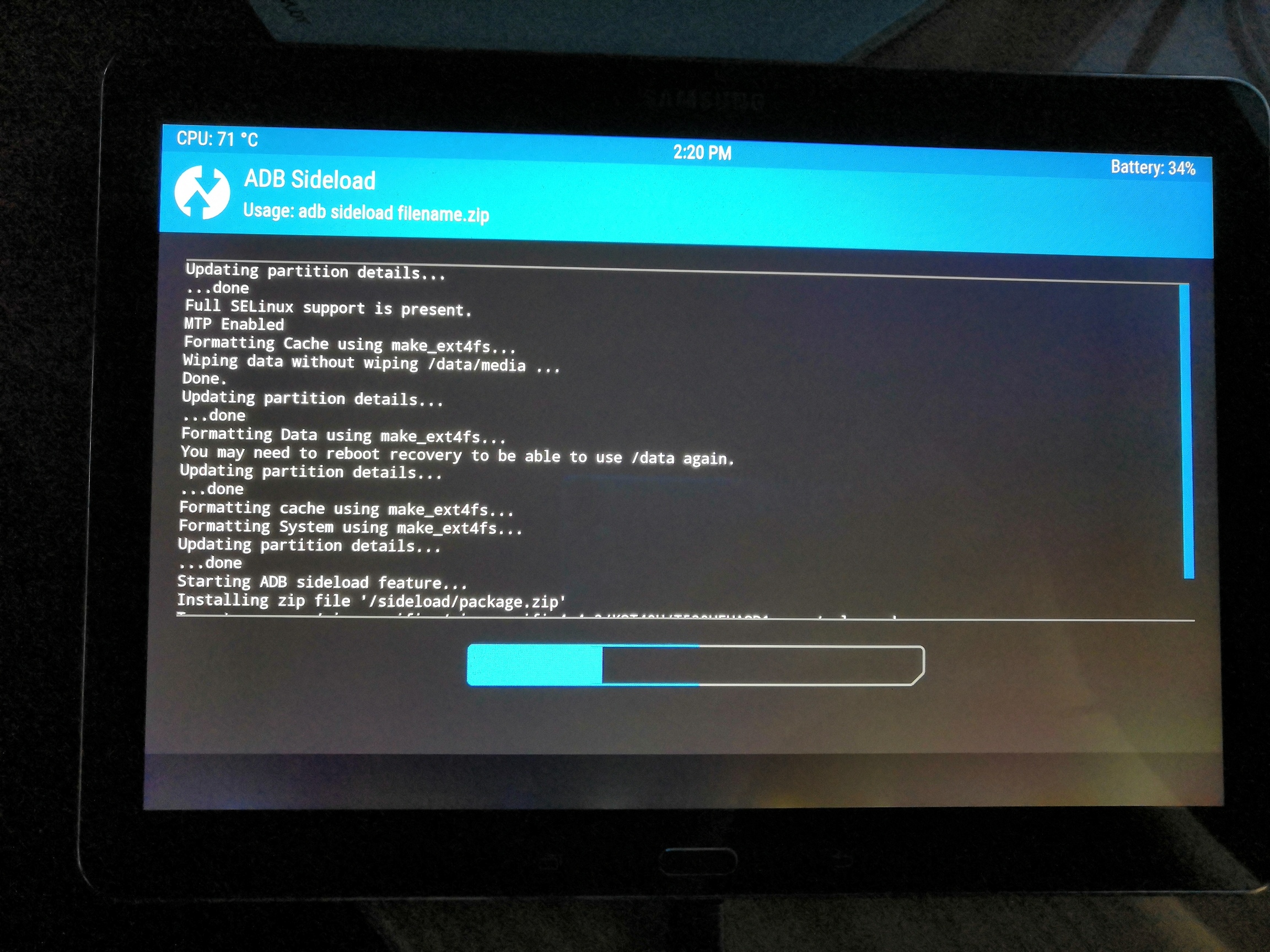 After finishing this task, I had to power off my tablet to prevent it to shut down unexpectedly. Then I left the device without using for some hours before continuing to the next steps; otherwise, tablet would shut down abruptly during installation.

Go back to main menu. Then click on slideload LineageOS on your device. Move ‘Slideload’ slider.

Type this command from the terminal of host computer:

Wait until it is finished.

Then, type from your host computer:

Boot your device on normal mode to check that LineageOS was installed correctly. 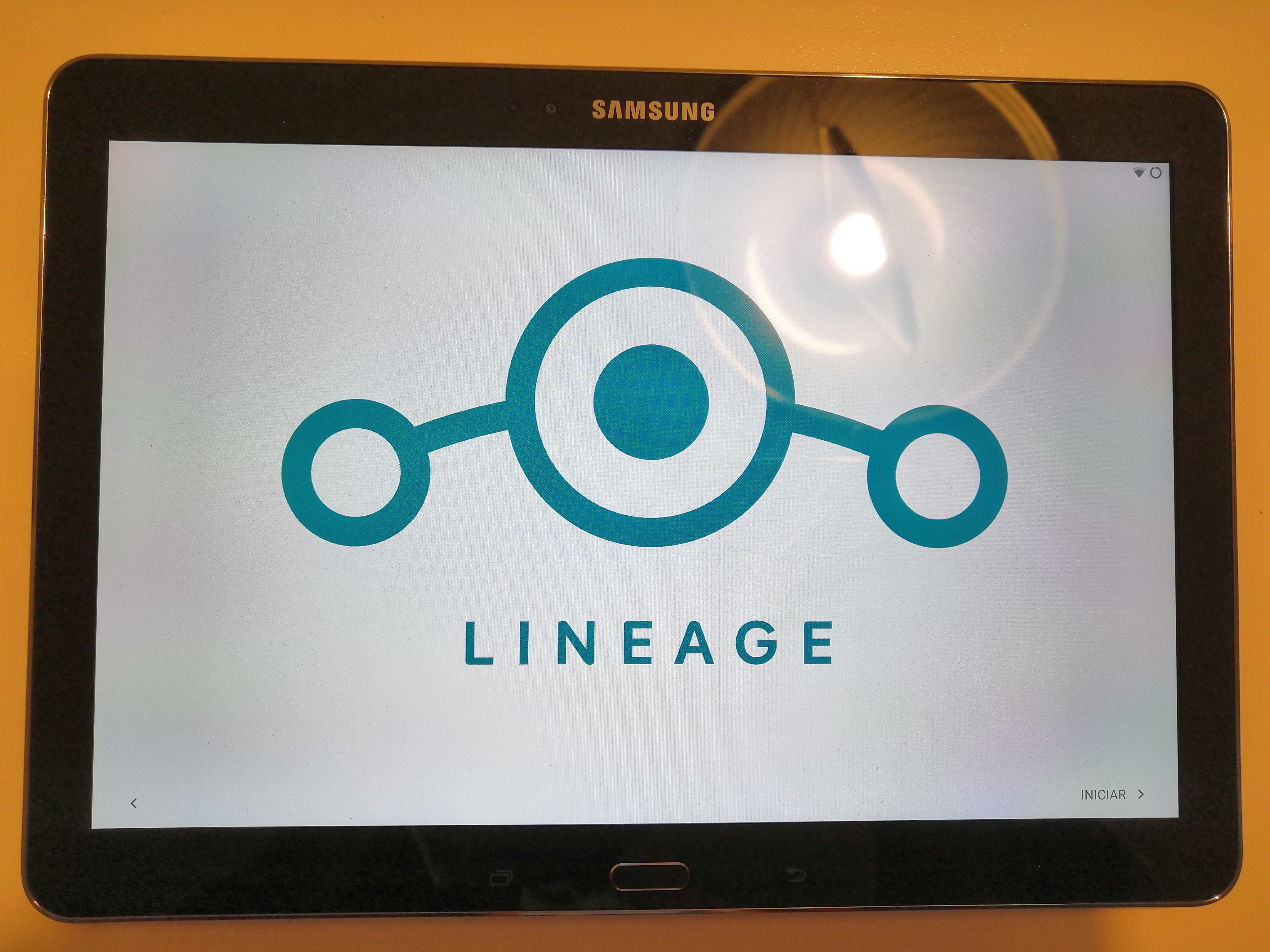